SUPPORT Small Screen by clicking on the blue SUPPORT button on our YouTube channel page!

Sign up for the Small Screen email newsletter & be the first to know when new episodes air on our site!: http://bit.ly/13B6uVE

In Hannah Glasse’s 1747 cookbook “The Art of Cookery Made Plain and Easy” the following recipe appears – A Savory veal pie: TAKE a breast of veal, cut it into pieces, season it with pepper and salt, lay it all into your crust, boil six or eight eggs hard, take only the yolks, put them into the pie here and there, fill your dish almost full of water, put on the lid, and bake it well.

The recipe appears fairly simple and straight-forward, but it is also devoid of enough information to allow somebody who has never made it before really understand how to do it right. How large of a breast of veal is it? What sort of “crust” is supposed to be used? Are the egg yolks supposed to be left whole, or broken up? By “lid” do they mean a physical lid or a lid made of crust? What temperature to bake it at, and for how long?

Many cocktail recipes are even less descriptive then Hannah’s recipe above. If we take the Old Fashioned for example, one of the earliest published recipes (not counting earlier recipes simply referred to as “Whiskey Cocktail”) for it is from “Modern American Drinks” (1895) by George J. Kappeler – The Old-Fashioned Whiskey Cocktail:

Dissolve a small lump of sugar with a little water in a whiskey-glass; add two dashes Angostura bitters, a small piece ice, a piece lemon-peel, one jigger whiskey. Mix with small bar-spoon and serve, leaving spoon in glass.

Drink recipes by their very nature are of course are far simpler than cooking recipes, but we are still faced with many unknowns here. For example, how large is a “small lump of sugar”? How much water is “a little”? What type of whiskey is expected to be used?

When a recipe leaves out important details, it requires the reader to fill in the gaps to the best of their ability, often without having any idea what so ever what the actual thing they are trying to make should taste like when done properly. This means that whatever they end up with, they will consider as “the way it should taste.” And then they teach this to another bartender, who teaches it to another bartender, who… you get the picture.

Here is where a solid understanding of a recipe, and more importantly the foundation that it is built upon, can aid the reader in better understanding how to make it properly. That, plus more details is part of what it takes to make a good recipe.

Of course you also can run into the problem of recipes that are just plain bad from the start regardless of how they are made. 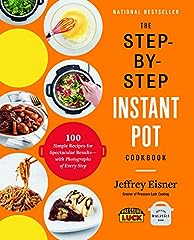 
The Step-by-Step Instant Pot Cookbook: 100 Simple Recipes for Spectacular Results -- with Photographs of Every Step

(as of September 19, 2020 - More infoProduct prices and availability are accurate as of the date/time indicated and are subject to change. Any price and availability information displayed on [relevant Amazon Site(s), as applicable] at the time of purchase will apply to the purchase of this product.) 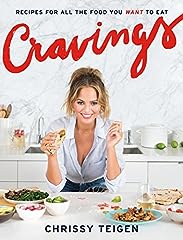 
Cravings: Recipes for All the Food You Want to Eat: A Cookbook

Cravings Recipes for All the Food You Want to Eat (as of September 19, 2020 - More infoProduct prices and availability are accurate as of the date/time indicated and are subject to change. Any price and availability information displayed on [relevant Amazon Site(s), as applicable] at the time of purchase will apply to the purchase of this product.) 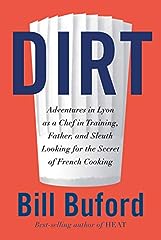 
Dirt: Adventures in Lyon as a Chef in Training, Father, and Sleuth Looking for the Secret of French Cooking

(as of September 19, 2020 - More infoProduct prices and availability are accurate as of the date/time indicated and are subject to change. Any price and availability information displayed on [relevant Amazon Site(s), as applicable] at the time of purchase will apply to the purchase of this product.) 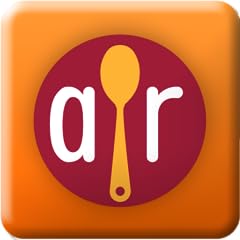 Collect your favorite recipes and sync with your Allrecipes Recipe Box More than a thousand mobile-friendly recipe videos with step-by-step cooking instructions. Get inspired by special seasonal recipes that change daily. Search by dietary need, cook... (as of September 19, 2020 - More infoProduct prices and availability are accurate as of the date/time indicated and are subject to change. Any price and availability information displayed on [relevant Amazon Site(s), as applicable] at the time of purchase will apply to the purchase of this product.)

I was waiting for you to stir the drink and you never did. If you just put ice cubes in like that, then the drink will get diluted as they melt and the flavor will change. Shouldn’t you rather add ice, stir to bring the drink down to temperature, then top up with more ice as needed?

Given the plethora of accurate and useful information regarding the proper construction of drinks which has been widely proliferated since the beginning of the cocktail revolution; instructional videos such as these, recording very specific instances of mistakes for common drinks, seem rather irrelevant to the modern cocktalian bartender.

Small screen network, we the viewers realize you might not have any new content to release, but it’s better to distribute nothing, than to drag up outdated videos therefore lowering the overall average quality of your content, and driving viewers away from your brand.

When making an Old Fashioned, would you generally add the ice before the simple syrup and bitters like that?  Is no stirring of the ingredients needed to integrate everything?

Don’t wanna be “that guy” or anything, but even though the cocktail is timeless and shouldn’t be altered too much I don’t think that muddling a lemon and orange at the bottom of the glass with some sugar would “do nothing”, seeing muddling the fruits would add the flavor to the drink. I dunno this is how I was taught to make the drink from bartending school.Although this may be the original recipe for the drink I don’t think the newer version should be considered the “wrong one”

Lord of American Bar, Sir Robert Hess. Thank you for teaching us about American Bar´s Roots!

Your information seems rather spurious, arbitrary and incomplete.

Just getting into making cocktails two places i keep coming back to , here and the Bonneville both really great and inspiring , love them both.

I just spent 3 months in south america and got a chance to drink quite possibly the worst old fashioned i will ever have. I was feeling a little homesick and you don’t find bourbon everywhere, so i was pleased to see an old fashioned on the menu of this outdoor cafe and ordered one. What i received was a bittered orange juice and bourbon in a tall glass, without ice, with a pile of undissolved sugar at the bottom. It was a goddamn train-wreck.

Great video! The Old Fashioned is one of my top 3 favorite cocktails, yet I hesitate to order it when I’m in a bar which is new to me because so many bartenders ruin the drink. I HATE receiving watery whiskey in a glass when I’m expecting a delicious Old Fashioned.

this is a terrible old fashioned…

If I may add – albeit possibly incorrectly – I find the biggest contribution a bartender makes to this drink (and similar drinks with simple ingredients lists) is the method.  Assuming the drink, old fashioned etc. is using mid to top tier alcohol, this will cost $18-25 in Australia.  The drink requires stirring, ample stirring – whisky/ey poured over ice will cause it to melt, the mechanical action of the stir moreso.  I find using sugar cubes or a raw sugar with saturated bitters and then ice and finally the whisky/ey on top then stirred ads the value to what people buy.  Something made in the old fashion – the melted ice constituting the dilution then finished topped off with large cubes to chill. A final caveat is the notion that the ice melts as they drink – added water or simple syrup will cause a diluted drink in 5 minutes.

Loving this series of videos. Just a question: Why is he adding the spirit first thing? Everybody else pours sugar first (or simple sugar syrup), bitters and finally the spirit.

And in Wisconsin they dump in a whole bunch of 7 up, cherries, and green olives in and call it an “Old fashioned sweet” …

Too specific? Classic cocktails like the old-fashioned, manhattan, mai-tai etc. are always the first to be made incorrectly by inexperienced bartenders who take it upon themselves to “improve” the drink for the guests. The lesson in this video is surprisingly hard to teach new bartenders because of their assumption that a drink must fill the glass, or else the customer will assume they’ve been shortchanged.

Great info Robert, now i know what to look out for next time i order an old fashion.

The mistake described here was exactly how I had my first Old Fashion 🙁 The bartender added sparkling water to top it off when it was already diluted with small ice, then adds an entire orange wedge to the drink & neglects the use of bitters. I took a taste pinching it with a straw and it literally tasted like sugar syrup. I gave the bartender a quarter and walked away

Incredibly god tip, too much attention is paid nowadays to “not offending the customer” that bad barkeepers will refuse to serve a glass half full in case the ill informed customer complains that they’re given half a drink, quality over quantity is always the way to go.

This is probably the first Old Fashioned I’ve seen without any stirring. A quick 20 second stir (depending on your preference of dilution) would melt some of that ice and bring the level up further. This isn’t a critique as much as an inquisitive statement.

you stir to dilute which brings up the level and assists with dissolving sugar if not using simple… also you can add a touch of water and muddle before adding whiskey as sugar doesnt dissolve so well in alcohol. also, the orange slice and cherry is generally caled a muddled old fashioned…. dont understand why you didnt stir

Its still half full at the end. Way to go Hess.

His hair matches his shirt..

i don’t know but the whole series is full with “mistakes” that are so specific and case related that i have never seen anyone do something alike. generally i found the information given pretty unusable…

Perfect Old-Fashioned! I always cringe a bit when I’m entertaining and a friend insists on soda in the otherwise fine Old-Fashioned I just made. Though I do admit that I stray from the traditional myself with a Bourbon version, adding 1/2 oz of fresh orange juice along with the orange peel garnish. But I look at that as an addition, where the soda is a definite subtraction of flavor.

I only make an old fashioned at home (i prefer an aged rum). it’s shocking that 90% of bars and restaurants ruin such great drinks

haha i was gonna say, “when were these recorded?! ive never even seen that bottle of rittenhouse, must be real old” But luckily im a big boy and i know how to use the google, seems like their bottle changed quite recently and i just havent payed attention. Also the new bottle/label looks dumb stupid, maybe its just me but it looks like a store brand now, and im all about the classic look too.

It’s funny, I ordered an old fashioned last night, at it tasted really bad. I couldn’t quiet understand why because it seemed like it had all the right ingredients, but this video just summed up everything that was wrong with that cocktail.