All you need to know about SCOTCH WHISKY: https://gentl.mn/all-about-scotch

Learn how to truly enjoy and savor whisky: https://gentl.mn/2IN4rxl

The first mention of scotch can be dated back to June first, 1495 to the Exchequer Rolls of Scotland. Thereafter, whisky begins to circulate throughout the country and by 1644 it was now. Of course, there are some smart distillers who sold it illegally and it became only more popular after that. By 1780, there were only eight legal distilleries in Scotland who had to compete against bootlegging operations. The popularity of whisky swelled again in 1831 when a column still took off. Now distilleries were able to mass produce this spirit at a much lower cost with a better quality, however, it was until 1880 that Scotch would become a global phenomenon. Up until then, wine and brandy had the top spots of drinks in the world. Interestingly, a very small microscopic insect killed a lot of the grapes and so there was a huge demand for a new beverage. The phylloxera bug brought the wine and brandy production almost to an immediate halt and scotch would pick up where they left off. Today, scotch is enjoyed by many gentlemen around the world.

Unfortunately, the terms are often mixed up and so we’ll try to provide some clarity. Probably the most popular scotch term is single malt. That means, it is a whisky from a single Scottish distillery that is based on barley and water. It contains no other cereals, must be distilled and bottled in Scotland. Next up is a category of single grain Scotch whisky which usually you can’t find easily on liquor store shelves in the US. Just like the single malt, the single grain whisky starts out with barley and water but then other things are added to the mash which would start the fermentation and eventually end up in alcohol. Just like a single malt, it has to be bottled in Scotland to be named scotch. So single grain Scotch whisky is what you find for the most part in blended whiskeys out there.

So what does the term blended Scotch mean? Basically, you need at least one single malt scotch that is then paired with at least one single grain Scotch. You may have come across the term blended malt scotch which is rather uncommon and previously was also referred to as “vatted malt” or a “pure malt”. If you get a blended malt Scotch you take at least two single malt scotches from different distilleries and blend them together. So blended grain Scotch is very similar it just means that you have at least two or more single grain Scotch instead of them blended together.

So what needs to be in a Scotch in order to be able to call it
Scotch?

Again, it must be produced, bottled, and distilled in Scotland. Must be based on barley and water and must be aged in casks. Yes whole grains and other cereal can be added to the malted barley mash in order to produce different flavor varieties. It also has to be processed entirely at a distillery, it has to be fermented with enzymes and yeast, and the alcoholic strength can’t be more than 94.8% or 190 proof. That is matured in a warehouse in Scotland and it can’t be larger than 700 litres that’s about 185 US gallons. In order to call it scotch, it has to stay there for at least three full years. If you call it scotch you must retain color aroma and flavor of the raw ingredients. It must not contain any other substances other than water to wear it down to bring to a certain proof level and e-150a which is caramel coloring. Last but not the least, you can’t water it down too much and must retain at least 40 percent or 80 proof for it to be called scotch.
———————————————————————————————————
Want to stay updated? Sign up here for free:
https://gentl.mn/2rb4qsb 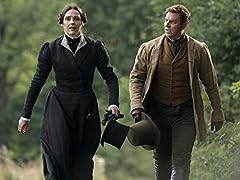 
Oh is that what you call it? 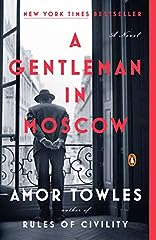 
A Gentleman in Moscow: A Novel 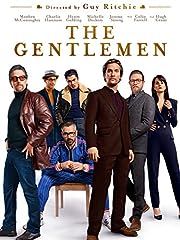 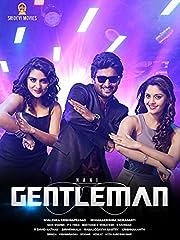 I greatly appreciate this video due to the fact that I have taken on the personal challenge of setting up a wet bar in my home I must admit I not a whisky drinker myself so I have been gathering knowledge on the different brands as well as types of glasses to serve various drinks in so thank you so much for taking the time to share a really informative video!

Secret tip: add about 3 drops of water for a stronger taste

Just to clear it up for people.

People in Scotland are “Scottish”, I’ve seen plenty of people on the internet call us “Scotch” like “ah, those Scotch people who just moved in down the street”, Scotch is a whisky, Scottish is an ethnicity.

Another interesting fact is that the casks are often casks used previously for other alcoholic drinks even elsewhere.

Scotch is good but I’ll likely take a bourbon first.

Perhaps a video about what activities gentlemen should excel in. I’m thinking of activities like tennis, skiing, chess, sailing, etc.

excuse me sir,I would be grateful if you can add subtitle on this video,thank you very much 🙂

Thank you for a great video on Scotch, that really helped me get to know the points I should think about. As there is a trend in Germany to drink more and more gin, I would kindly ask you, if you can do a video on gin as well. Greetings from Freiburg!

How about a pairing video with cigars and or food

just stopped by for some education .

It seems like the pitch of your voice changes from video to video!

Thank you for making this video!

If you want to earn a PhD in Scotchdrinking, see ralfiedotcom’s videos. He’s entertaining as well.

I love the concern this man’s voice holds for fellow gentlemen. Makes me both admire him and laugh out loud.

Known for pure, soft water sources >> shows pictures of the sea. No no no 😛

I am on a Gentleman’s Gazette marathon. There is just so much information on this channel. Keep up the great work Sven. May you not run out of contents.

Over seven years i have gained quite some experience with Whisky, ranging from entry level bottlings to Dead Distilleries, Rare Malts versions, old style bottlings from the 70s and 80s and 40yo+ Whiskies. So, you can say i have been nerding it quite excessively and i can tell you this: Do not start collecting Whisky unless you seriously enjoy it and want to gain experience. Don’t do it because you think it will enhance your Gentleman levels. That would be pretentious and you will only be lying to yourself and you would be wasting your money. I have been pleasantly surprised of 50 euro whiskies and have been dissapointed of 300-400 Euro Whiskies. Always start small and see if you like it first.

I doubt the majority of the barley in the world is produced in Scotland.

This is entertaining, though there is lots to pick apart here. BUT, you lost me completely when you recommended drinking scotch with ice. No scotch lover would recommend to ANYONE to drink it on the rocks. water, absolutely, but chilling heavily constricts aromas, flavor and complexity. The other misinformed comments (Peated water? Your Campbeltown description? etc.) were just a primer to that bomb. Drink it how you like, but we would never actually RECOMMEND rocks. Get it? Got it? Good.

A way to describe peat would be an earthy smoke kind of flavor. I would consider iodine to be rather unique and characteristic of Lagavulin.